I thought I would share some information this week about NFT's. 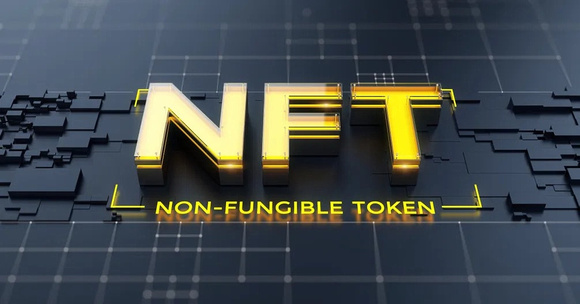 Some of you may have heard about them, some probably not. It's only a new thing in the web(3) space however it's definitely a thing of the future and will change the world in coming years as they become more prominent. The big change to the way we do things will come from the "smart contract" associated with NFT's which is a digital tracking medium that records and controls the life of an NFT. These will potentially be the format for things like loans and mortgages in the future. Time will tell how true this is.

So, what is an NFT?  NFT stands for NON FUNGIBLE TOKEN.

An NFT can be anything like a photo, an art work, music, or something created with AI. It is a non-interchangeable unit of data stored on a blockchain, a form of digital ledger, that can be sold and traded. Something unique that can only be sold and replaced with something else is non fungible. Bitcoin for example is fungible and it can be replaced with the same thing. Here's a good diagram that explains it visually. 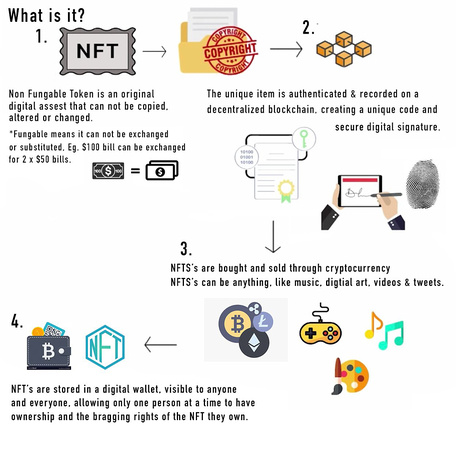 Speaking of bitcoin, NFT's are traded on the block chain using crypto currency only. A good example of a common currency for NFT trading is Ethereum and all NFT's must be traded using a digital wallet where your crypto currency is held. An example of the value of Ethereum is that 1 ETH is worth approx USD$2500 and the value goes up and down, a bit like shares on the stock market. Digital wallets could also be compared to setting your smartphone up with your credit card to use for paying for your goods by pay pass or NFC (Near Field Communication)(not related to NFT's haha). The world is changing ever so fast and we all need to keep up or be left behind.

Another positive of trading NFT's is that the originator receives royalties every time that NFT is on sold. All this is tracked on the block chain using the smart contract attached to the NFT. A bit like royalties for a stock photo but much more controlled.

I first heard about NFT's late last year and was excited at the prospect of something new. Straight away I wanted to get into the Web(3) space earlier rather than later. I decided to concentrate on minting my NFT's using my abstract drone photographs and make that my "NFT Niche".

NFT's are pretty much promoted via Twitter so that was also a new thing for me to get established there. Having a following is critical for success with NFT's.

I still have so much to learn in this space as it's a totally new ball game in a big way. So, that's my spin on what I know about NFT's so far. There is probably a lot I haven't covered or don't know but I can probably update again in say 6 months time once I have some on the market!

Here's some samples below of what my future NFT's will look like. If you are interested in this I would be happy to help out where I can to explain my experiences so far. You can EMAIL me to find out more.

Till next time, happy shooting! 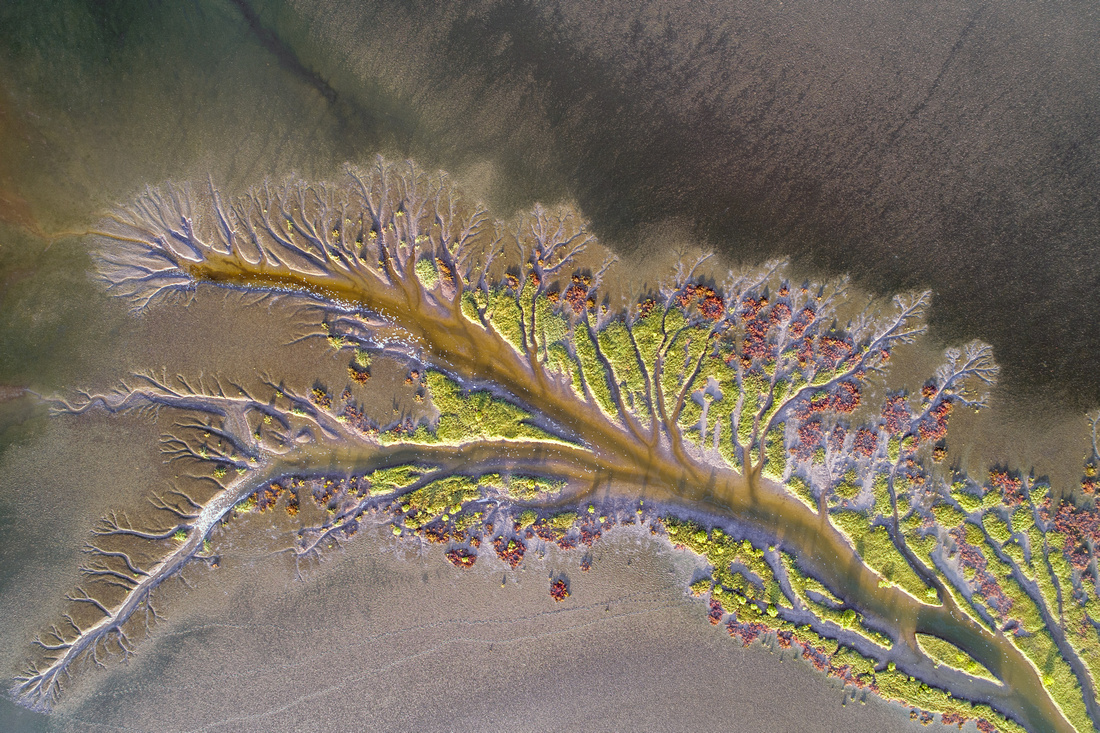 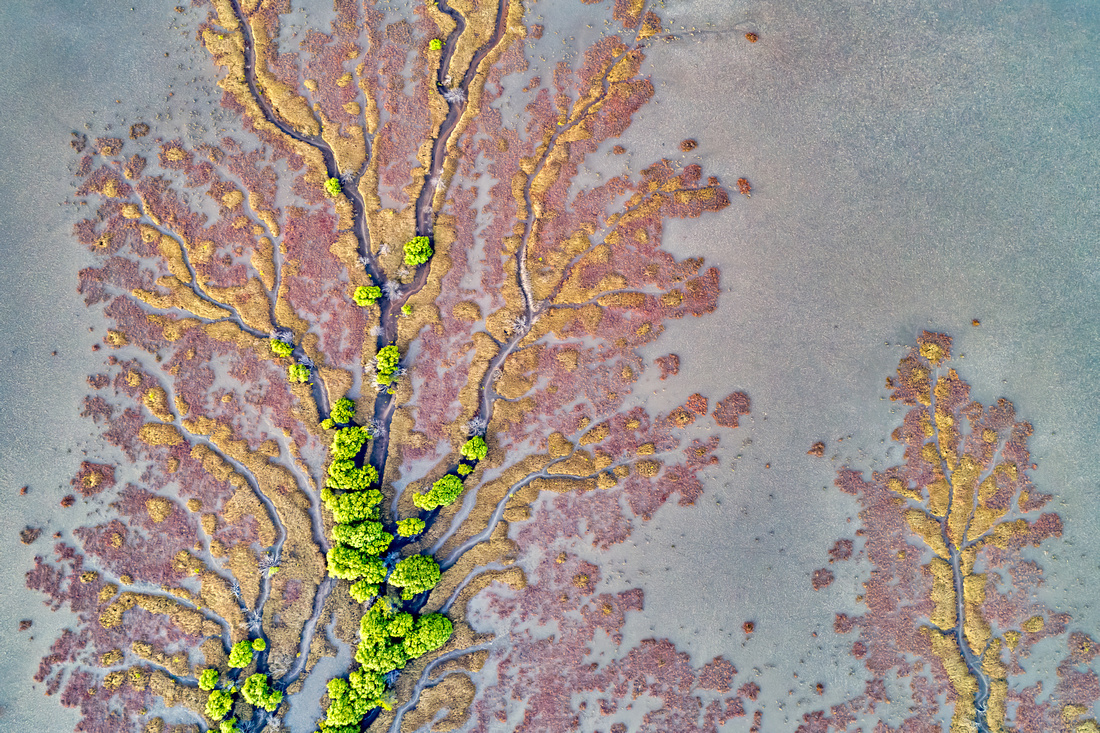