From the 10th to the 14th of October I went on a hiking trip with fellow photographer and good mate Wade Howlett into a remote section of the Girringun National Park west of Ingham in North Queensland. The area we wanted to get to was the top section of Garawalt Creek which is a side tributary that flows into the Herbert River. The area is very remote and involved following the creek line along rock hopping various sections. It was a hard slog hiking with a 22kg pack on my back on the uneven terrain. It was well worth it though.

The first day goal was to get right up to the top section of Garawalt Creek and set up camp there. After 8kms of hiking and feeling a bit exhausted from all the rock hopping with heavy packs we realised this was not going to happen. We opted to go back downstream about 500m to a nice section of the creek where we set up camp. We decided this would be our "base camp" for the rest of the trip and make shorter day hikes with minimal packs. Here's a couple of pics of our "camp view". 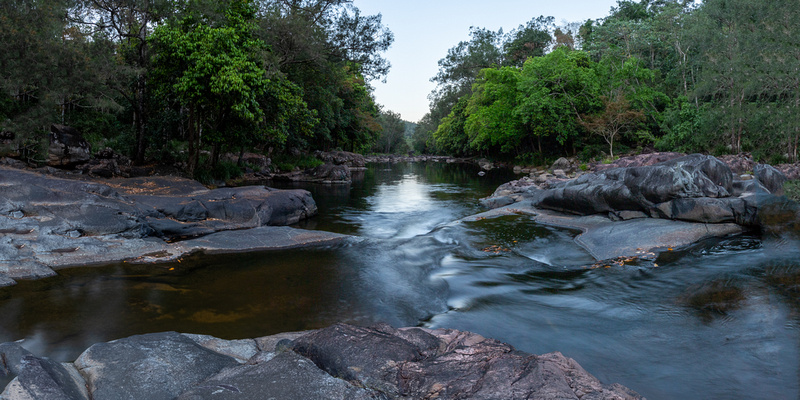 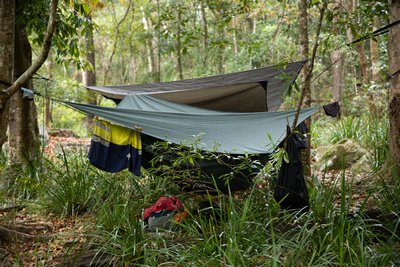 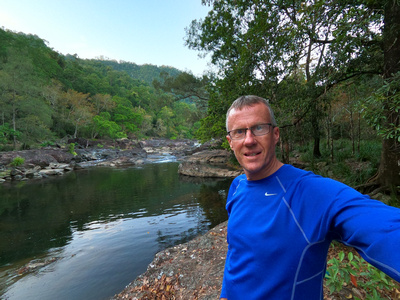 The next day we decided to make an assault on the top section of the creek and try and get as a far up as we could. It was so much easier rock hopping with only light packs on. Unfortunately we still couldn't get as a far up as we would have liked but we opted for the safer version deciding to try the steep ascent another time. Here's a photo of the waterfall and big pool we got to. You can see the country behind we would have had to negotiate. The waterfall we estimated was about 15m high.

The next day we unfortunately got a bit of rain early in the morning which put a dampener on any day trip as the rocks became super slippery with the rain and it would not have been very safe to venture out. For me this was a good day to sit, watch and try and capture an Azure Kingfisher which also called our camp site home. We saw him a fair bit and I managed to get some reasonable photos and also some video clips of him "fishing".

Here's the best shot I got of him, I wish I had my longer lens with me. 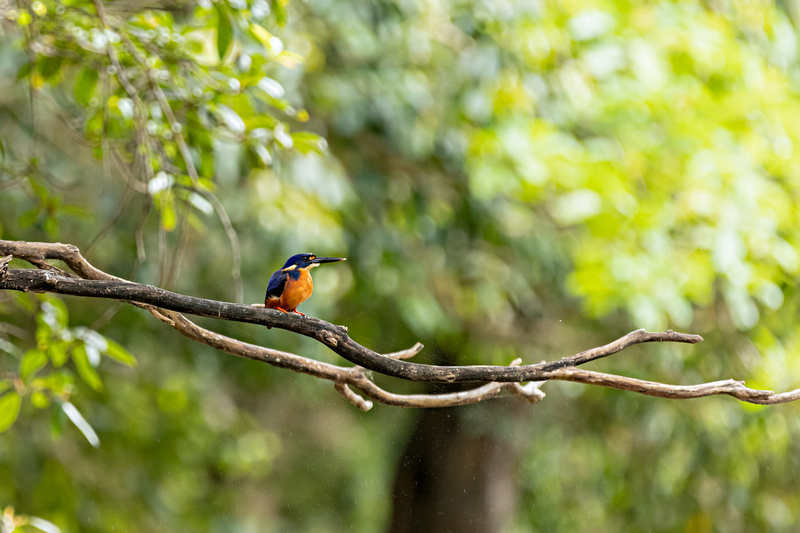 If you are interested in watching the video clip I created of the Kingfisher antics you can view it here:

The next day we decided to err on the side of safety and make the trip out while conditions were dry as neither of us wanted to endure the 7km trip back to the car in wet slippery conditions. During the hike back Wade almost walked straight into a huge Golden Orb spider which had it's web in our path. See photo below, it was the biggest one I have ever seen, about as big as your open hand. 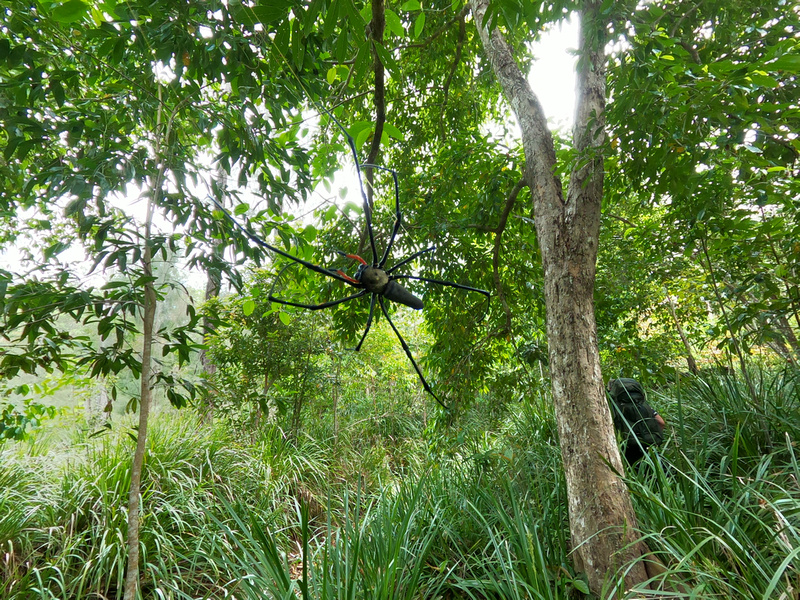 We were glad to get back to the car eventually after navigating some thick lantana bush and made the trip to Ingham for a fish N chips treat!

It was a great 4 days albeit a hard slog in and out of Garawalt Creek and I would love to visit the area again sometime, it's such a stunning part of Queensland and great time out with no links to the outside world.

I have loaded more photos to my Flickr page which you can view here: